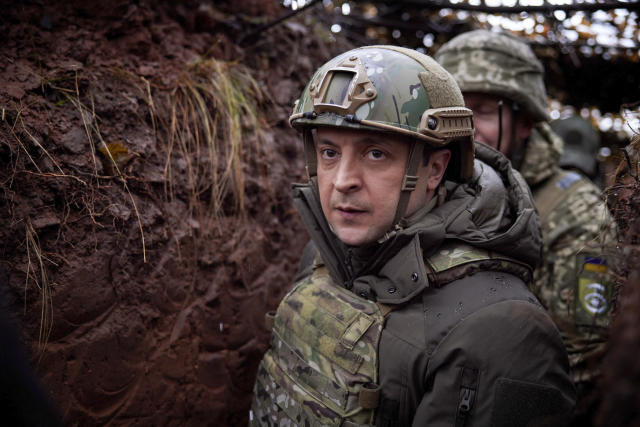 When we think about leadership, it’s usually in the boardroom or conference room, not the battlefield.

As we witness an unprovoked invasion of Ukraine, we are also witnessing the emergence of an exemplary model of a leader.  President of Ukraine, Volodymyr Zelensky, is that example of unparalleled leadership.  And he has successfully rallied the world around solidarity and devotion for his people and country.

The atrocities unfolding in Ukraine are unfathomable in the year 2022; we live in a century where conflicts are resolved through dialogue, negotiation and diplomacy.  However, 21st century technology is providing a communication platform for Zelensky’s voice that did not exist in the last World War:  the internet, social media and cell phones.

Most business leaders do not have to live in fear of their lives being taken.  Nonetheless, Zelensky is modeling leadership that could also transform the business world.

If Zelensky’s ‘voice of leadership’ isn’t being carried into your boardroom, you are missing an enormous opportunity.  Have you imagined what your organization could look like with Zelensky’s leadership qualities at the helm?

Here are 10 ways that Zelensky’s exemplary leadership stands out:

What does Zelensky represent for the world?  We are defined by what we choose to do in every moment.

If we judge the ‘measure of a man’ by their past roles and titles, we could be making one of the biggest misjudgments of our lives.  In fact, judgment is no longer needed when we merely observe and then act upon what is in the best interests of all people in every moment.

Thank you, Volodymyr Zelensky, for standing as an extraordinary role model of how we could be choosing in every moment.  And how these exact qualities can just as easily be emulated in the boardroom:  authenticity, communication, integrity, intention, resilience, truth, transparency, and unity.

Laura Jackson Loo is an international speaker, co-author of an international #1 best-selling book, executive mentor, and consultant who supports C-Suite and executive leaders.  As CEO and Founder of Quantum Communications, LLC, she brings 35+ years corporate experience and is creator of M.O.V.E. the Mission™ consulting model, and known for Evolutionary Executive Leadership™.   Email info@LauraJacksonLoo.com or follow www.linkedin.com/in/laurajacksonloo   Get her ebook on evolutionary leadership at www.LauraJacksonLoo.com/6Keys

"Have you imagined what your organization could look like with Zelensky’s leadership qualities at the helm?"